A career in make-up is both creative and challenging. As a freelance professional you’ll be working for yourself on different jobs in different places every day. This is the 3rd blog in the series of What is a Makeup Artist and today I will be discussing the Television Makeup Artist.

As a Television Makeup Artist you may find yourself freelancing across many different fields of entertainment. From famous long running television dramas to Live Transmission entertainment shows or broadcasts.

When I first started out as a makeup trainee after completing an Intensive Media Makeup course. My dream was to work on the long running TV dramas such as Coronation Street, Eastenders or Hollyoaks; I used to sit with my family glued to these programmes as if I was living their life with them! Nowadays after working for many years in Television drama it would be too much like being at work – sat glued to a monitor and watching for continuity mistakes, besides I simply do not have the time! Working in Television as a Makeup artist you really do have to get used to those long 12 hours days sometimes leaving home at 5.30am to be ready for my first make up call and then back on the road after wrap at 8pm, and of course as A Makeup artist you are always the first ones in and the last ones out!

However I love it, I got my first real job on Hollyoaks in Liverpool and as a 21-year-old girl it was my dream job. I moved to Manchester from Bath and there I remained for the next 7 Years. I still sometimes pop back to do the odd shift here and there and love meeting up with many of my Makeup Artist friends. Hollyoaks was the perfect training ground for a Trainee Makeup artist and I really did get thrown into the thick of it – realising just how little I knew at the time and how far I had to come. The thought of ever doing my own block back then was a minefield especially as Hollyoaks runs 5 episode blocks per Makeup Designer (“Multi episodic we call this in the industry and a block is 1 episode”) . But I got there eventually, and continued to grow working across various TV dramas over the years.

Each drama brings something new and sometimes requires you to become more skilled with different disciplines of Makeup. Casualty for instance is a medical drama so of course there is always tons of SFX & Prosthetics to be made and applied. Hollyoaks is more glamorous requiring lots of fashionable makeup and of course there are others such as Period dramas – A Makeup Designer requires accurate research skills and knowledge of History to translate these characters to visuals on our screens.

However TV is not just about long running dramas or mini series. I have spent many years working in Live Transmission and that has really taken me to some incredible places meeting all kinds of people at the top of their profession.

Having spent may years working at Sky Television Studios, ITV Studios and on live broadcasts such as the Brit Awards, Text Santa or outside broadcasts (OB’s) for Wimbledon or the Ryder Cup. Being A Makeup artist really does take you to some incredible events. London was probably the best place for me during 2012 as I got to be up front looking after the news presenters and their guests during the Olympics and the Royal wedding. This is what I love about the industry I work in; the variety, the people you meet and the places you see. Money couldn’t buy the places and people I have met and this is why I love what I do!

Let me tell you a little bit about how being a Television Makeup Artist works.

Nearly all Makeup artists are freelance therefore being Self-Employed.

A Freelance Makeup Artist gets work by knowing how to network, and having good Industry contacts. Of course they must be good at their job –this goes without saying! A Freelance Makeup Artist has the luxury of picking and choosing various jobs across a huge spectrum of Television and Film Makeup Jobs (most likely depending oh his/her area of expertise). Of course being a Freelance Makeup artist can also be a scary concept – never knowing when the right time is to book a holiday or if you are going to be able to pay your bills (if it has been a quiet month). But this has always been my favourite way of working, as you don’t know where you are going to be from one day to the next and whom you are going to meet and what you will be doing. Perhaps picking up dailies on a feature film or making up some old Motown legends back stage at Wembley who knows?!

This is a Freelance Makeup Artist booked for a length of time on one production. For example I am Freelance Makeup artist but I am often contracted by the BBC for a multi episodic block on Casualty.  This will generally be my booking over a number of weeks.

Not many places employ Makeup Artists these days however there are still a few out there. Sky Television Studios use a number of staff and freelance makeup artists as does ITV’s Coronation Street, Lime Pictures Hollyoaks and BBC’s Eastenders.

It is often rare to get an opening on these long running drama’s as staff positions are now far and few between and an established makeup artist on one of these shows is not likely to turn in the stability and safety of constant work to enter into the freelance world! However saying this; a freelancer does have so much more freedom and scope to be creative. I do think that if you do the same thing for too long it does get stale and I crave the excitement of the unknown!

Lets take my friend Kirstie Stanway as an example. As series designer for BBC’s Casualty, Kirstie is responsible for booking and contracting all of the makeup team – from the designers to the freelancers across all episodes that continuously run. The Series Makeup Designer oversees the whole department, ordering stock and keeping to budgets. She also, across all the episodes, reads all the scripts and views all coverage shot. Kirstie must direct her makeup team as and when change is necessary. The series designer also oversees all principal artists and makes sure they are as per their character brief. She will attend all medical meetings and liaise with the producers and directors over certain makeup requirements. Kirstie will also assist in any difficult makeup requirements should it be needed.

This person is contracted to design his or her own block or episodes.

During the shoot the designer will also run makeup trials on cast members and organise his/her team. Noting any scheduled busy days to let the series designer know when extra help is needed and stock needs to be ordered for specific makeups. The Makeup Designer will put together a continuity file and amend scenes when script amendments come out. The makeup designer is also responsible for issuing the call sheet to the production office notifying artists and the makeup team at what time their makeup calls are throughout the day and who they will be looking after. The Makeup Designer will also look after main artist and guests and be present on set.

This person helps the Makeup Designer with all of the above. They will also read the scripts help break them down with the designer and put the continuity folder together. They may telephone the guest artists for specific makeup requirements and check everything is stocked in the makeup room before the shoot begins. The makeup supervisor helps keep the continuity file up together during filming and looks after principal artists remaining on set for the duration of the shoot day.

This person will also read the scripts, look after principal artists and remain present on set during filming. Often required to take care of the supporting artists and the continuity files.

Required to watch and observe, help to look after the SA’s Continuity file, take continuity photographs and generally learn the ropes of the makeup team. Often he/ she will be asked to lend a hand across other makeup teams on their blocks and help to maintain an orderly makeup room.

In my next blog I will be discussing the Make up Artists roles within Theatre production.

If you would like to learn more about becoming a professional Makeup Artist in Television & Film contact the Bath Academy of Media Makeup, they will put you on the right path to finding the best course that is right for you. 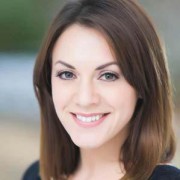